showcasing my (mainly old school) Conan the Barbarian miniatures, with the odd game thrown in.

"In the time before the mortgage drank the paycheque, and the rise of the three children, was an age still dreamed of. And unto this came Springinsfeld, destined to paint little lead soldiers and push them round the table."

To bump up the Aquilonians, we have here some of the knights of Poitan, armed with their trademark 2 handed swords (difficult to use on horseback I should think). Royal Armies of the Hyborian Age states the heraldry of Poitan is a silver leopard on a red field. I used a deeper red to distinguish them from the Nemedians. 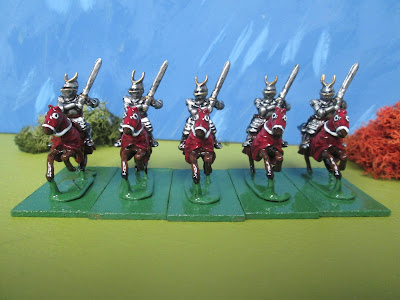 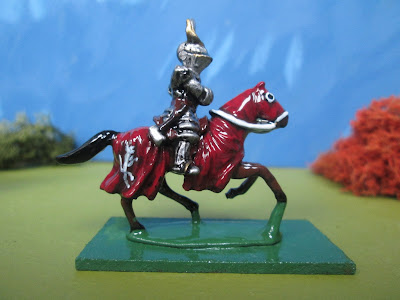 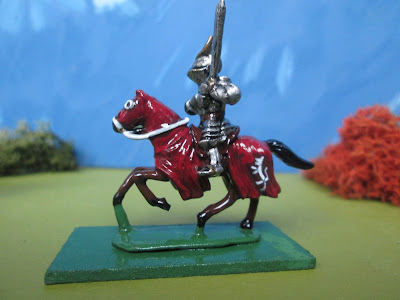 There aren't many mounted knights with 2-handed swords around, but these home cast Price August figures fit the bill. I bought these on ebay, but have since got the moulds (the horse is from a skeleton knight mould) as I hope to do a lot more home casting of fantasy figures .

Here is the druid Diviatix, who helps Conan out fighting Thoth-Amon in the story "Black Sphinx of Nebthu" He is described as a drunken old fellow in a white robe (but is in fact a top notch wizard) 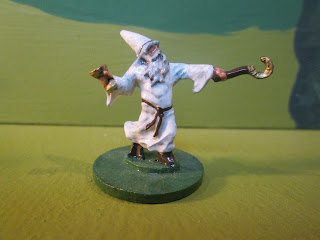 "Druid wizard" by Garrison Miniatures, I'm sure this figure is meant to represent Diviatix. The goblet is to hold refreshment rather than being a magical item.

Posted by Springinsfeld at 14:23 3 comments:

Email ThisBlogThis!Share to TwitterShare to FacebookShare to Pinterest
Labels: Allies

QUEEN OF THE BLACK COAST

The start of another mini-series, 'Conan's Girlfriends'. Here we have Conan's first love, the pirate Queen Bêlit 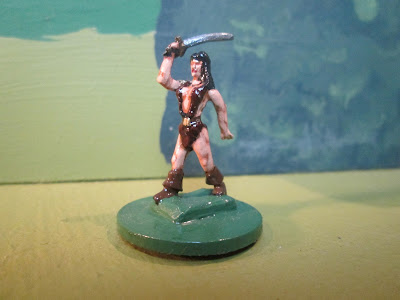 clearly based on the comic book illustrations
and just for good measure, here is a more recent depiction of the same er... costume. 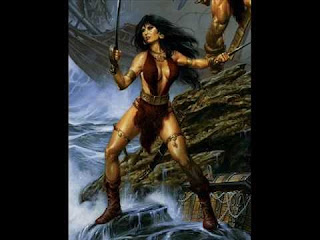 Posted by Springinsfeld at 14:31 3 comments:

CONAN OF THE MONTH DECEMBER 2015

More of an "I'm still alive " post, I painted this figure a long while back. This project is on a bit of a back burner, but I still intend to forge ahead with it.

Here is an early 1980's figure I was sent by Michael at Classic Minatures and I think it's by a company called Texas Miniatures? (correct me if I'm wrong). 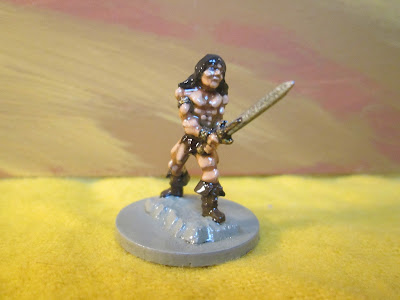 Posted by Springinsfeld at 13:38 5 comments:

Email ThisBlogThis!Share to TwitterShare to FacebookShare to Pinterest
Labels: Aquilonia, Cimmeria, Conan of the Month

A somewhat irregular feature, but here we are still in the desert with an offering from Nick Lund's Chronicle Range which appeared in the early 1980's. 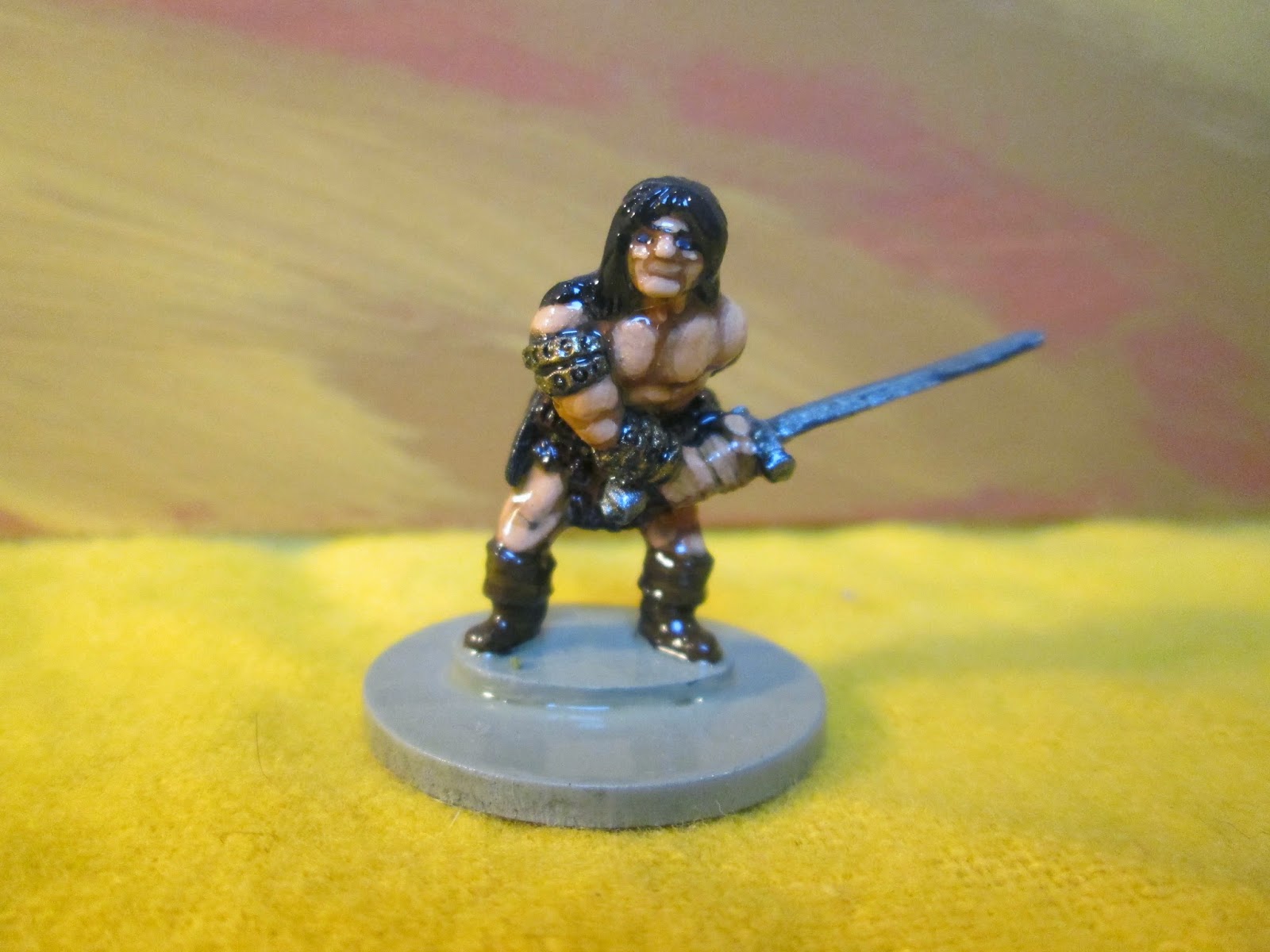 By the way, does anyone know why random text on this blog keeps showing as pale grey and so unreadable? I have all the settings correct, but each time I look at the blog a different piece of text has faded out? Most annoying.....I blame Thoth-Amon.

Posted by Springinsfeld at 10:50 4 comments:

Email ThisBlogThis!Share to TwitterShare to FacebookShare to Pinterest
Labels: Aquilonia, Cimmeria, Conan of the Month

Following on from the last post, here we have some temple guards to ward off large Cimmerians poorly disguised as followers of Thulsa Doom. The colour scheme is based on that worn by Doom's followers in the film. 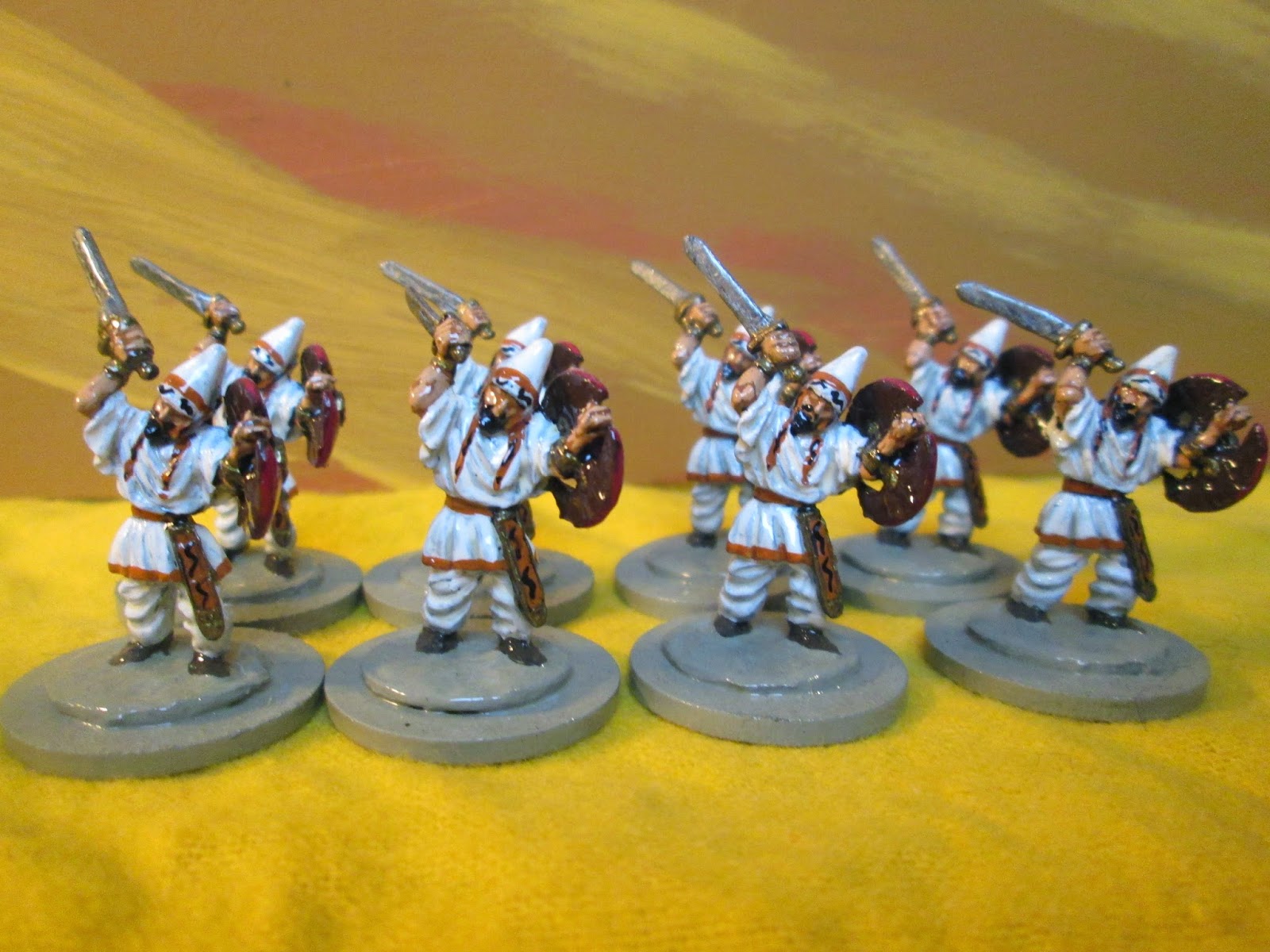 ( as soon as I saw these 1977 Ral Partha ancient figures, I thought the pointy helmet might be painted as a hat-priestly coif) 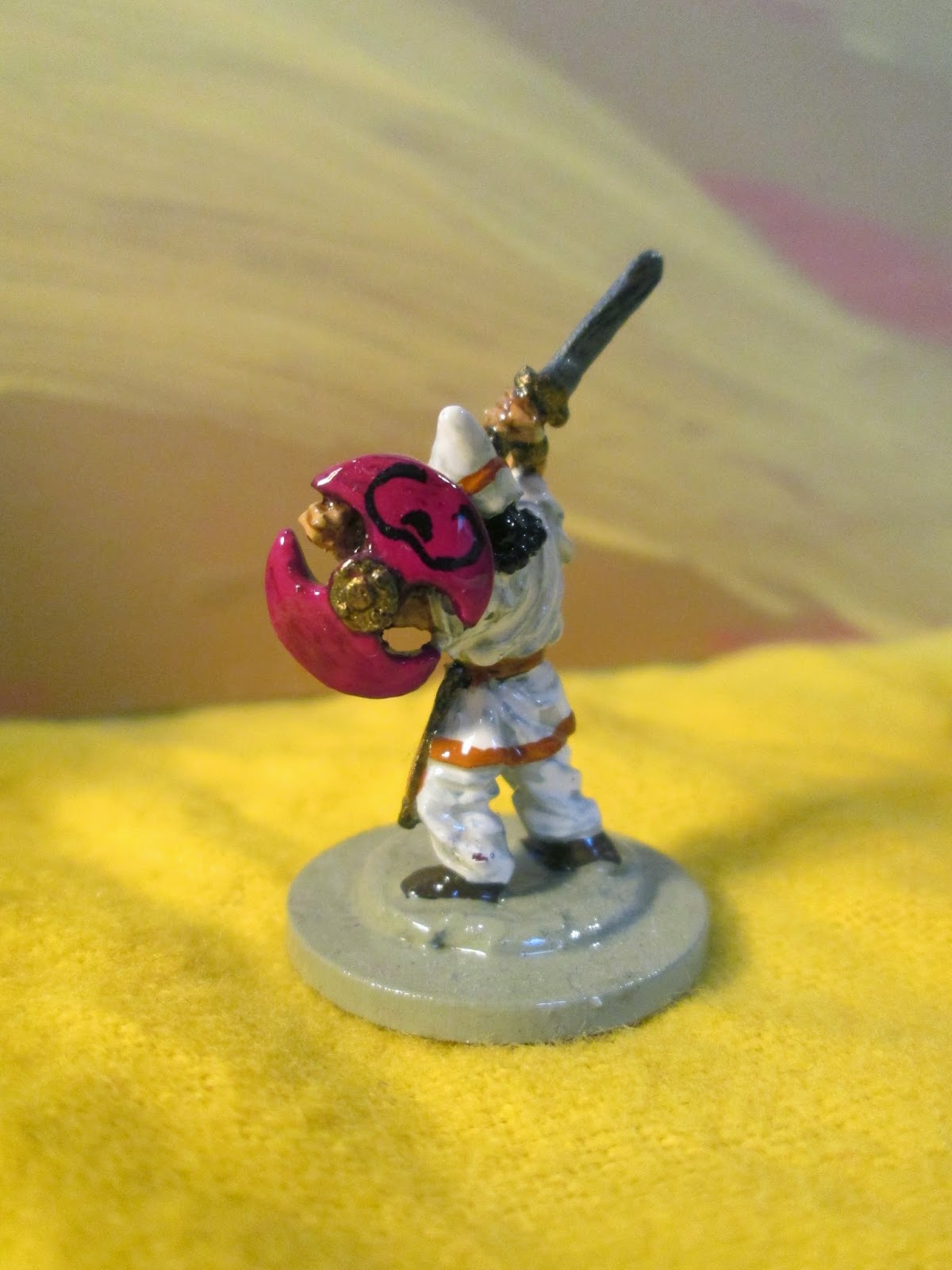 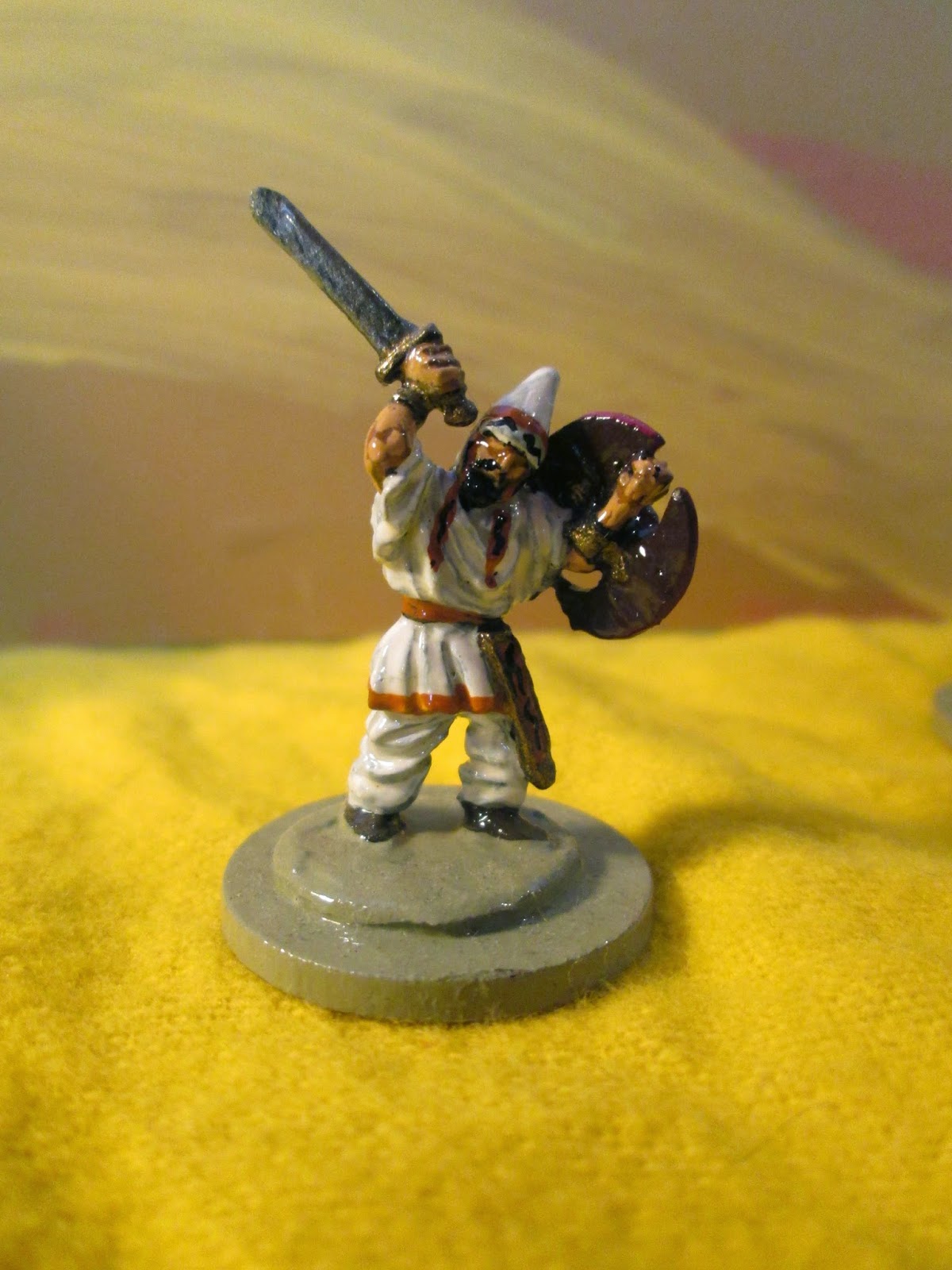 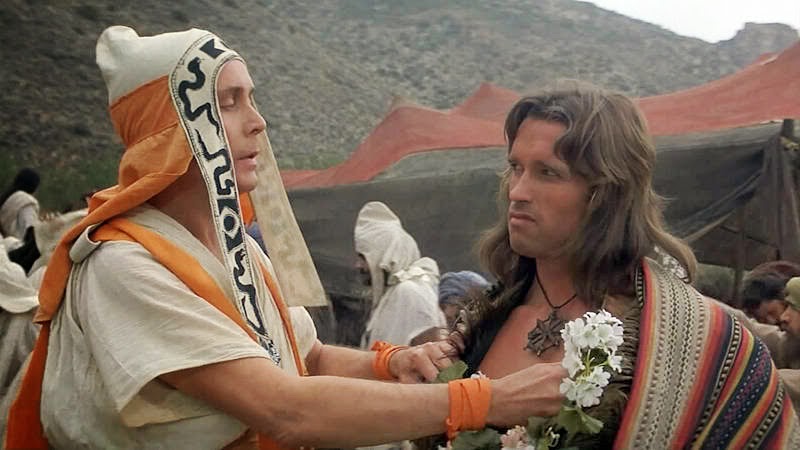 (you can tell Arnie doesn't really want that flower can't you?)

Posted by Springinsfeld at 07:57 5 comments:

Email ThisBlogThis!Share to TwitterShare to FacebookShare to Pinterest
Labels: Stygia

Some inhabitants for a planned Temple of Set, two priests from the Minifigs SS range. 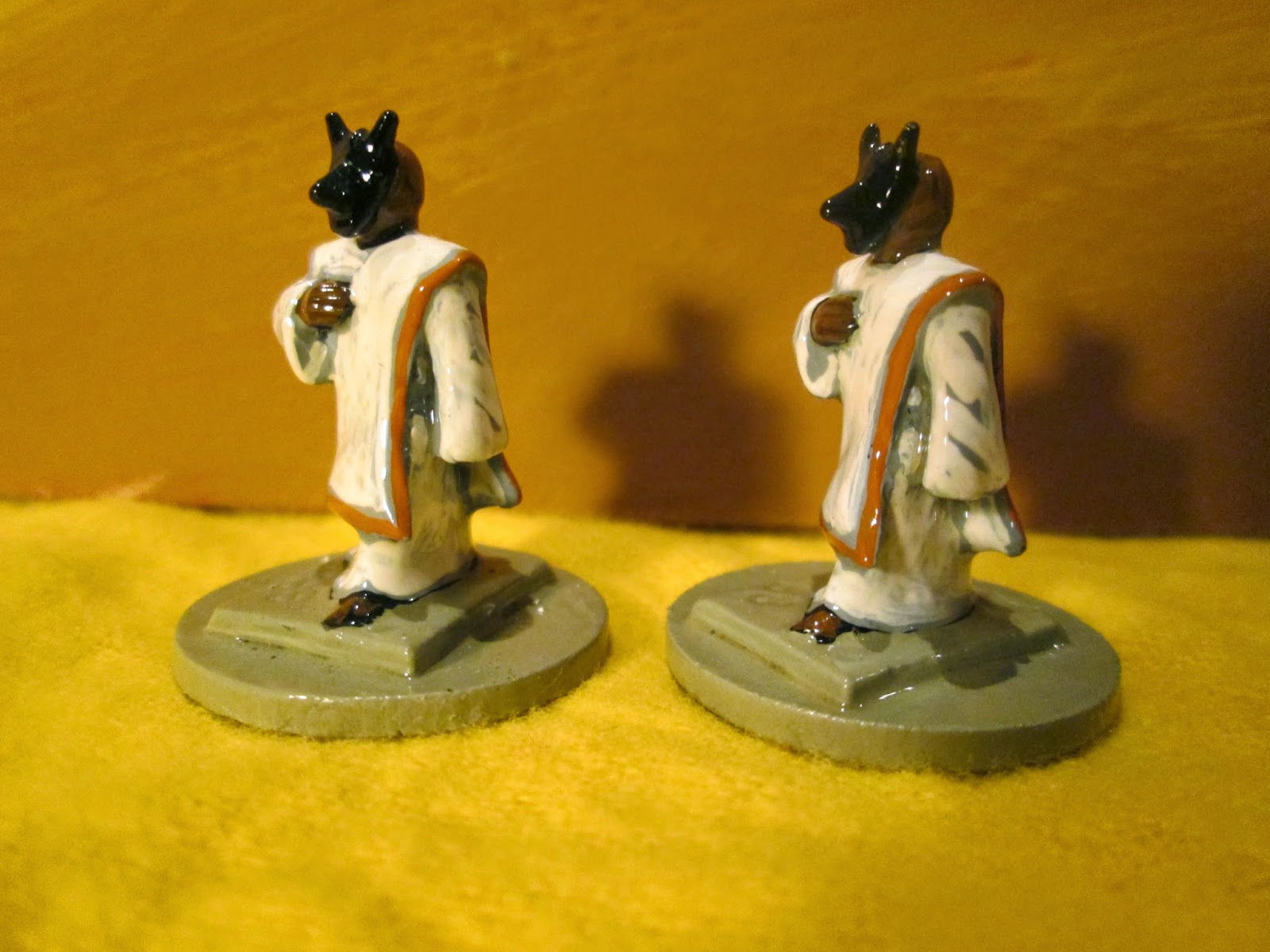 I really like the Anubis type mask which reminds me of Suthek from the Doctor Who story 'Pyramids of Mars' (that scared the life out of me). 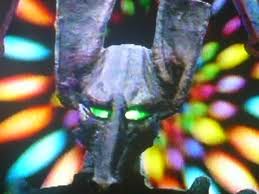 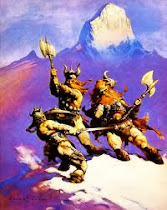 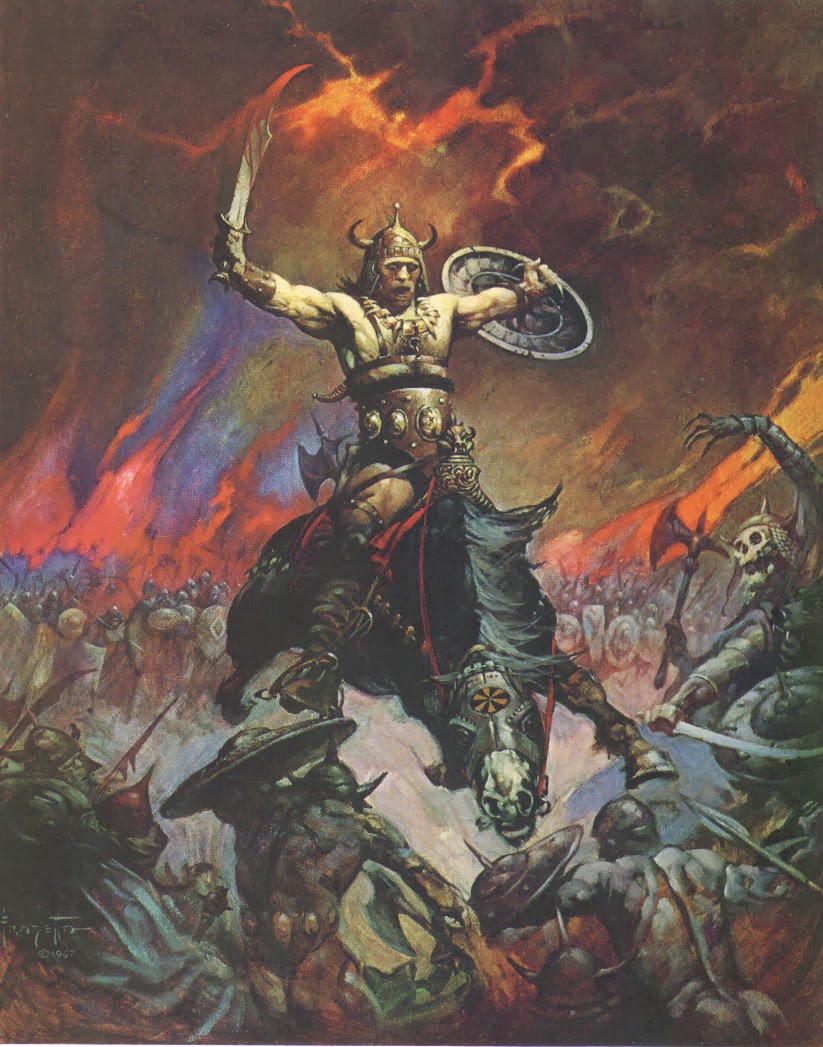